Congratulations to all the schools which responded to our Story Competition, and to the many talented students in them who submitted stories.

A great deal of thought and effort went into the entries. For our judging panel, it was very difficult to arrive at a final decision. Although some entries were more accomplished than others, we were delighted by the high overall standard.

The judges used a four criterion set to score, which is:

Most children showed a strong sense of how narrative works, how character interacts with plot, how important setting and atmosphere is, and how to shape a suitable ending.

The winners showed outstanding ability across all criteria. We congratulate them on their achievement. 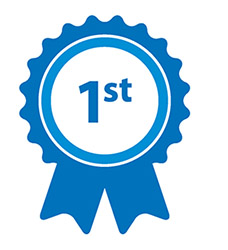 The Dragon of Arcadia

This entry was very exciting. The author had excellent control over language, dialogue and plot development. The story started with a bang, the wizard incinerating houses and terrifying citizens. A high point of the narrative was when the mystical Old Willow conjured the sleeping dragon from the lake – a brilliant scene - and the development in the villain’s castle was full of suspense and invention. The ending was both satisfactory and poignant. A masterful piece of writing.

The Kingdom of Arcadia

An epic journey to dispatch the evil Asgoth, full of Tolkeinesque detail. A wonderful moment is when the boy Jamie learns magic from his helper. The final battle to the death is very dramatic, and the ending resoundingly powerful. 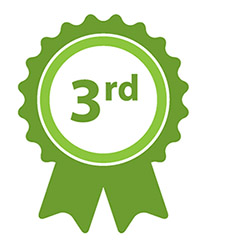 Cara and her Find

This piece is full of beautiful descriptive passages and moral affirmation. The plot involves the narrator making friends with unicorns, which teach her valuable lessons. An assured sense of character and psychology is one of the reasons this rated highly.

Jamie and Firefly versus Asgoth

This one starts with the evil wizard breaking down the door, and from then on the pace never lets up. There are firefights, the magic of invisibility and a gargantuan battle, where good only narrowly triumphs. Stirring stuff.

This story involves a hideous spider, a beautiful magical thread and lots of goo. It also featured some very strong dialogue. A pleasing response to the challenge.

The author of this story shows great control of dialogue, character, atmosphere and setting. It takes a fantasy topic and shows wonderful invention – in which the heroes have to save a cursed figure in an underground lair. There are clues and a treasure. Altogether a very rich piece of imagining.

The author has completely mastered the challenges of the story starter, and responded with a narrative of considerable force. The epic patterns of heroism, preparation and battle are well described. It works up to a peak of excitement and then ends decisively.

The Land of Good and Bad

This story showed great invention. There was a big cast and they were handled very well. The author made clever use of traditional villains like Medusa. There were magic potions and dragon training. The finale was full of excitement, leading to a ‘New Arcadia, Land of Good’.

Cara and the Secret of the Enchanted Garden

One of the most enjoyable aspects of this story was the use of magical talismans to reclaim a kingdom threatened by the evil one. The ending is quite wonderful.

This story featured strong dialogue between the evil wizard and the hero. And for once the villain is not eliminated but forced to flee in humiliation – a nice reversal and violence free. A pleasing entry.

Due to a number of privacy and equity issues expressed by schools, we have decided not to publish all entries to the Story Competition online, but only the winners with their school's permission. Parents are not able to participate. The competition entries must come from a school. However, the school sending in entries does not need to be a Ziptales subscriber. Ziptales provides a Writing Tips for Fantasy Guide as a free download.

We have noticed you are located outside of Australia / New Zealand.

Or click here to close and continue on our Australian and New Zealand site.